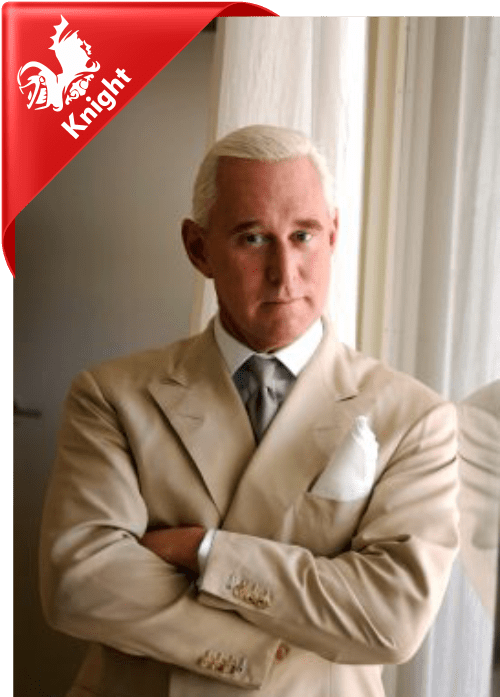 Roger Stone is a seasoned political operative and pundit. A veteran of eight national presidential campaigns, he served as a senior campaign aide to three Republican presidents before leaving the GOP for the Libertarian Party. He is author of the New York Times bestseller The Man Who Killed Kennedy: The Case Against LBJ and has written for Fox Opinion, Breitbart News, StoneZone.com, and the Op-Ed page of the New York Times. A well-known voice in politics for over forty years, Roger Stone often gives insights on behind-the-scenes political agendas on Fox News, CNN, CNBC, and MSNBC.  He lives in South Florida.