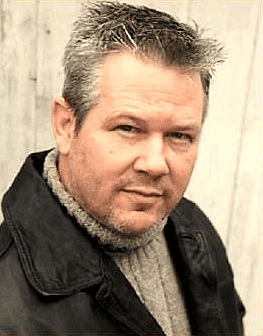 L Todd Wood has reinvented himself for the third time after being at the heart of the U.S. Special Operations world and a long career on Wall Street. Now he thrills with real world experience via novels and journalism.

As a Special Operations pilot, L. Todd Wood flew missions for Seal Team 6 and Delta Force. He’s on a new mission now — to protect the American way of life and rescue it from the destructive grip of the socialist ideology that threatens its sovereignty and everything that makes this country great.

With his real-world experience in finance and national security, along with a passion for history, Todd sees and reports on threats to our nation, zeroing in on the warning signs of potential dangers.

His initial assignment was flying combat search and rescue helicopters at Elmendorf Air Force Base, Alaska. Besides flying local rescue missions, he was deployed throughout Asia. He also earned a master’s degree in engineering management from the University of Alaska, Anchorage during his Alaska tenure.

In 1990 he upped the danger level, volunteering for Special Operations. After being assigned to the 20th Special Operations Squadron at Hurlburt Field, Fla., in 1991, he was deployed to Kuwait, flying MH-53J Pave Low helicopters.

For three years, Todd was active in classified missions supporting counter terrorism. Under the control of the National Command Authority, he traveled throughout the world supporting missions for SEAL Team Six and Delta Force.

Now a noted author, one of Todd’s first forays into the publishing world was to place in 1994 an article about special operations aviation in the Armed Force’s Journal.

After separating from the Air Force in 1994 as a Captain, Todd looked to pursue another of his passions, finance. During this second career at an investment bank he became highly knowledgeable in emerging markets fixed income and traveled a great deal internationally. Although he’s conducted business in over forty different countries, his emerging markets work focused on the Caribbean.

It was as a bond trader on Wall Street that he became acutely aware of the consequences of economic decisions and their effect on national and economic security.

Building on the first-hand experience he gained throughout his lifetime, Todd made the decision to leave the financial business in 2011 to write full-time. His novels, as well as his columns, reflect his deep conviction that America needs to be warned about the consequences of political – and business – decision-making.

L. Todd Wood is the Publisher of Creative Destruction Media and has contributed to the Washington Times, One America News, Fox Business, The Moscow Times, Zero Hedge, The New York Post, Newsmax TV, The Jerusalem Post, and others. He splits his time between New York City, Washington D.C., and Europe. He also editor-in-chief of Tsarizm.com, an online news outlet focusing on the former Soviet territories and Eastern Europe, one of Creative Destruction Media’s regional websites.