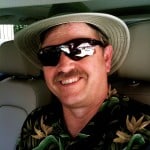 Mr. Johnson, who worked previously with the Central Intelligence Agency and U.S. State Department’s Office of Counter Terrorism, is a recognized expert in the fields of terrorism, aviation security, crisis and risk management. o ignored

Mr. Johnson has analyzed terrorist incidents for a variety of media including the Jim Lehrer News Hour, National Public Radio, ABC’s Nightline, NBC’s Today Show, the New York Times, CNN, Fox News, and the BBC. Mr. Johnson has authored several articles for publications, including Security Management Magazine, the New York Times, and The Los Angeles Times. He has lectured on terrorism and aviation security around the world, including the Center for Research and Strategic Studies at the Ecole Polytechnique in Paris, France. He represented the U.S. Government at the July 1996 OSCE Terrorism Conference in Vienna, Austria. o ignored

From 1989 until October 1993, Larry Johnson served as a Deputy Director in the U.S. State Department’s Office of Counter Terrorism. He managed crisis response operations for terrorist incidents throughout the world and he helped organize and direct the US Government’s debriefing of US citizens held in Kuwait and Iraq, which provided vital intelligence on Iraqi operations following the 1990 invasion of Kuwait. Mr. Johnson also participated in the investigation of the terrorist bombing of Pan Am 103. Under Mr. Johnson’s leadership the U.S. airlines and pilots agreed to match the US Government’s two million-dollar reward. o ignored

From 1985 through September 1989 Mr. Johnson worked for the Central Intelligence Agency. During his distinguished career, he received training in paramilitary operations, worked in the Directorate of Operations, served in the CIA’s Operation’s Center, and established himself as a prolific analyst in the Directorate of Intelligence. In his final year with the CIA he received two Exceptional Performance Awards. o ignored