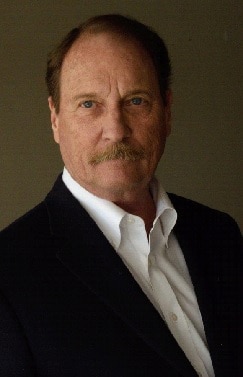 Larry Kelley’s life was utterly changed by 9/11. On the day after the attacks, on his way to work, he was struck by the sudden realization that World War III had commenced. Like most Americans he desperately wanted to find out who were these people who attacked us, what could ordinary citizens do to join the battle and how can those plotting to kill us in future attacks be defeated. Mr. Kelley has written scores of columns on the dangers of western complacency.

In his tenure as a political commentary writer, he has made a significant impact. His feature articles have appeared in the Piedmont Post, the San Francisco Chronicle, Human Events, and Townhall Magazine. Two of his articles were featured on the cover of Townhall Magazine. He wrote an Op-ed which appeared in the liberal San Francisco Chronicle a month before Obama was inaugurated entitled, A Second New Deal is a Recipe for Disaster.

Two and half years later, on August 6, 2011, the Chronicle ran the front-page headline–S&P Downgrades U.S. Credit Rating. The result of ten years of research, his book, Lessons from Fallen Civilizations, contains the answers the above questions he asked in the wake of 9/11. His book has already received critical praise as a saga which begins on the plane of Marathon in 490 BC and whose main character is Western Civilization.