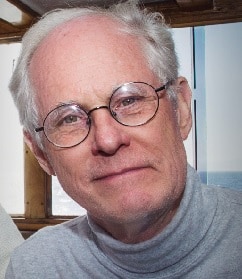 My first book, Dimona: The Third Temple? (Amana Books, Brattleboro, VT, 1989) was a pioneering study of Israel’s clandestine nuclear weapons program. The book tells the amazing story of Mordechai Vanunu, the nuclear technician who turned whistleblower in 1986 when he alerted the world to the existence of Israel’s top secret plutonium separation plant, hidden eighty feet below the Negev desert. Vanunu subsequently endured a fate worse than death. After being kidnapped by the Mossad, he was convicted in a kangaroo court and served eighteen years in Ashkelon Prison, Israel, eleven of them in solitary confinement. During his long incarceration Vanunu was nominated many times for the Nobel Peace Prize. He was finally released in 2004, yet remains under house arrest in Israel even to this day.

My second book, Gnostic Secrets of the Naassenes (Inner Traditions, Rochester, VT, 2004), was a scholarly study of an original source text dating to the first century CE. The document affords unique glimpses into the earliest period of Christianity, and is astonishing because it describes the actual teachings of Jesus. My book was a finalist for the 2004 Narcissus Book Award and has been translated into Greek and Portuguese. For more information please visit my web site: www.gnosticsecrets.com

My third book, The 9/11 Mystery Plane (Trineday, Walterville, OR, 2008) documented the unexplained presence of two US Air Force command and control planes (USAF designation: E-4B) in the skies over Washington DC during the September 11, 2001 attacks. The book goes on to provide a critical evaluation of the official investigations of 9/11, and a detailed assessment of the World Trade Center collapses.

My fourth, Black 9/11 (Trineday, 2012), deepens and broadens my 9/11 research. The book explores the evidence for insider trading in the days just prior to 9/11, and documents massive criminality by the US financial elite. Black 9/11 also presents two separate lines of evidence that the technology to remotely access/control jetliners already existed in 2001, at the time of the terrorist attacks. The first edition rose to #14 at Amazon.com in the category of terrorism. An updated and expanded second edition will be released in August 2016. The second edition will feature a breakthrough analysis of the crash of United Airlines Flight 93 at Shanksville, PA, in which I propose an alternative shoot-down scenario.

My fifth book is a novel, Never Summer, to be released (also by Trineday) in late 2016.