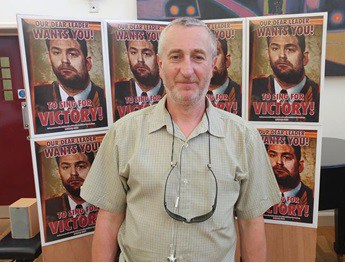 Following a phone call in 1992, Mark found himself on the set of a low budget film, White Angel, http://gb.imdb.com/title/tt0108558/?ref_=nm_flmg_pdsg_1, to construct the film sets. He soon became the Production Designer. The film is featured in the industry acclaimed Guerilla Film Makers Handbook, www.guerillafilm.com, and it went onto a national 35 cinema release.

Further work then included the BBC Children’s Festival, 2009, and art directing First Men in the Moon for BBC Four, written and starring Mark Gatiss, in 2010. Additional art direction work followed in 2011 with Comic Relief and over the last five years the Big Fat Quiz for Channel 4.

Mark has used his carpentry skills to work on a number of TV shows, from Strictly Come Dancing to the film for the Olympic Opening Ceremony in 2012.

Mark has gone on to Produce, and Co-Produce, a number of short films, notably Pukka written by the late Mark Straker in which Mark was able to combine his film making skills with his background in secondary school education and use film making to teach English and maths to young people. The film went onto win the Community Award at the Nottinghill Film Festival in 2004.

Mark then Co-Produced One of Us also written by the late Mark Straker, and this went on to win the Award for Best Drama at the Hollywood VSM (Very Short Movie) Film Festival, and Best Actor at the BFM festival 2007.

Mark teamed up with Rob Mckellan again in 2013, to Co-Produce the award winning internet hit short film ABE which Rob is currently developing with a studio into a feature film.

Teaming up with Hughie Philips of MindsEye Film Production Company, Mark landed an entry into the London Sci-Fi 48hr film challenge in 2014 to make Always the Sun directed by Rob Mckellan. It made it into the top ten selection. ABE also screened at the festival along with another wonderful Sci-Fi short called Mouse X that Mark was also involved with, directed by Justin Tagg.

More recently, CREATIVE HUB PRODUCTIONS has a number of innovative projects under development, and is extremely excited to have teamed up with writer director Ted Wilkes of Bottle Rocket Films to Produce Between Lambs and Lions, starring Paterson Joseph, Finbar Lynch, Margot Mount and Michael Rouse.

Between Lambs and Lions is a political thriller, set against a dystopian future, the American constitution is null and void and with it the Star-Spangled Banner assigned to a museum.