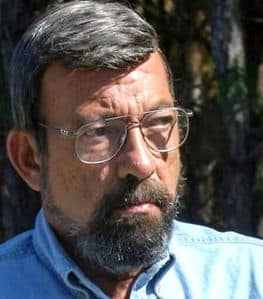 Thanks to many sensational fictions and weaponized racism within our mainstream media, the name Massad Ayoob might just sound like someone on America’s most wanted terrorist list… Believe me folks, this man is the farthest thing from that. In all lethal seriousness he is truly the foremost expert on keeping you and your loved ones safe and alive in the gravest of extreme danger. He has helped to train thousands of those who serve and protect do their jobs on a daily basis and come home safely. Many will also attest that they owe their lives to his training.

Mas is to shooting, police training and to all thing’s guns, as to what Les Paul and Ted Nugent are to the guitar. Deputy Sheriff ‘Nuge even dedicates a most respectful shout out to him his book God, Guns and America.

Mas Ayoob is ““The”” American firearms and police self-defense instructor. He has taught police techniques and civilian self-defense to both law enforcement officers and private citizens since 1974.

He was the director of the Lethal Force Institute in Concord, New Hampshire, from 1981 to 2009, and now operates his own company The Ayoob Group.. He has appeared as an expert witness in several trials. He served as a part-time police officer in New Hampshire since 1972 and retired in 2017 with the rank of Captain from the Grantham, New Hampshire, police department. In September of 2020, Ayoob was named president of the Second Amendment Foundation.

Mas Ayoob has authored several books, over 25 of them and more than 1,000 articles on firearms, combat techniques, self-defense, and legal issues He has served in an editorial capacity for Guns Magazine, American Handgunner, Gun Week, Guns & Ammo and Combat Handguns. Since 1995, he has written self-defense and firearms related articles for Backwoods Home Magazine. He also has a featured segment on the television show Personal Defense TV, which is broadcast on the Sportsman Channel in the US.

While Ayoob has been in the courtroom as a testifying police officer, expert witness, and police prosecutor, he is not an attorney. However, he has taught many of them a thing or two; he is also, a former Vice Chairman of the Forensic Evidence Committee of the National Association of Criminal Defense Lawyers, and is believed to be the only non-attorney ever to hold this position. His course for attorneys, titled “The Management of the Lethal Force/Deadly Weapons Case”, was, according to Jeffrey Weiner: “the best course for everything you need to know, but are never taught in law school.”

Ayoob has also designed two tactical knives in 1998 a sheath knife for Master of Defense (currently BLACKHAWK!) and in 2001 a folding knife for Spyderco.