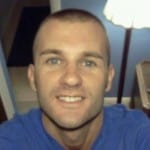 Max Meeks graduated from Kent State University in late 2002. Immediately after graduating he moved 700 miles south by himself to the sprawling city of Atlanta. With no family or friends there, an ambitious young man worked his way into sales and purchased a home within his first 2 and a half years there. Financial success had come quickly, but friends and family made big promises of past comforts back home. Max rented his Atlanta home and returned to an entirely different (worse, much worse) job market. Suddenly, a lifelong career turned into a nightmare job, and financial comfort was swept away. Two and a half long years later, a humbled Max returned to Atlanta. He didn’t escape the 2008 housing crash but did enjoy the best years of his life (thus far) from 2009 to 2011. A beautiful woman was involved, and an ego was leveled. Afterward, a battered Max returned to Cleveland to gather himself and began writing his way out of an impossibly bad situation. He’d head 1100 miles south to Florida a year later in 2012 where’d he’d begin his journey from pretty boy to grown man. We often grow out of necessity not involving comfort, but struggle. With any luck, Florida man will live long enough to write his account of the wild state where headlines are produced daily (and for good reason). Never give up. Fortunes are made and lost, and made again. The impossible becomes possible with persistence.