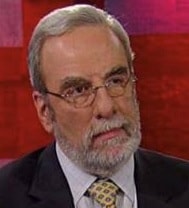 Michael Cutler is a retired Senior Special Agent of the former INS (Immigration and Naturalization Service) whose career spanned some 30 years. He served as an Immigration Inspector, Immigration Adjudications Officer and spent 26 years as an agent who rotated through all of the squads within the Investigations Branch. For half of his career he was assigned to the Drug Task Force. He has testified before well over a dozen congressional hearings in the House and Senate, provided testimony to the 9/11 Commission as well as state legislative hearings around the United States and at trials where immigration is at issue. He hosts his radio show, “The Michael Cutler Hour” on Friday evenings on BlogTalk Radio. His personal website is http://michaelcutler.net/.

He has appeared hundreds of times on national television and radio programs in an effort to provide as many Americans as possible with a true understanding of the nature of the immigration crisis that undermines national security, public safety and the overall well-being of America and Americans.