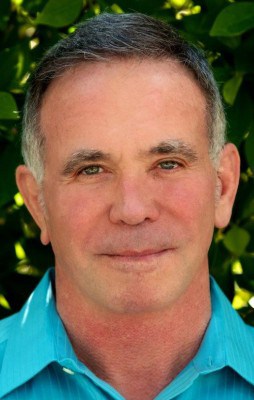 Because of several health problems as a youth, Michael found his life’s calling when “health foods” and vitamins began to improve his health at age 14, in 1967, in Omaha, Nebraska.

Michael has been mentored by two geniuses, the first being his biochemist father, Patrick, an inventor, whose father invented laundry detergent. (There’s a paternal inventor gene in the family.)

Although he is HIV-negative, Michael co-authored Built To Survive, a progressive health guide for HIV+ people that has applications for anti-aging techniques. In helping HIV+ friends learn alternative medical methods to stay alive, Michael’s work yielded numerous controversial breakthroughs, and so he was noted as a “world authority” on anabolic hormones in interviews in Sports Illustrated and on the Discovery Channel.

Michael has lectured around the USA hundreds of times and been interviewed on national and international media about various health topics.

Michael’s life passion is to share breakthroughs in health, with a focus on breakthroughs in the biochemistry of aging, as well as discovering solutions to health problems that are considered to be medically impossible, using such not-well known therapies, such as DMSO and Prolozone Therapy.

Awards include;
“Outstanding Health Freedom Activist” for his work helping to pass the Dietary Supplement Health and Education Act of 1994, which stopped FDA from making vitamins into prescription items;

Among 11 other awards, Michael’s favorite was being inducted into the “Hall of Legends” of the Natural Products Industry, March 6, 2015.