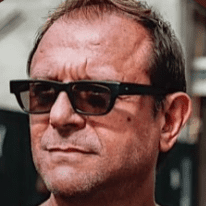 Michael Rectenwald is the author of nine books: “Google Archipelago: The Digital Gulag and the simulation of Freedom” (Sept. 2019), Springtime for Snowflakes, Nineteenth-Century British Secularism, and others. He was a Professor at NYU from 2008 to 2019. He is a pundit and champion of free speech against all forms of authoritarianism and totalitarianism, including socialism-communism, “social justice,” fascism, and PC.