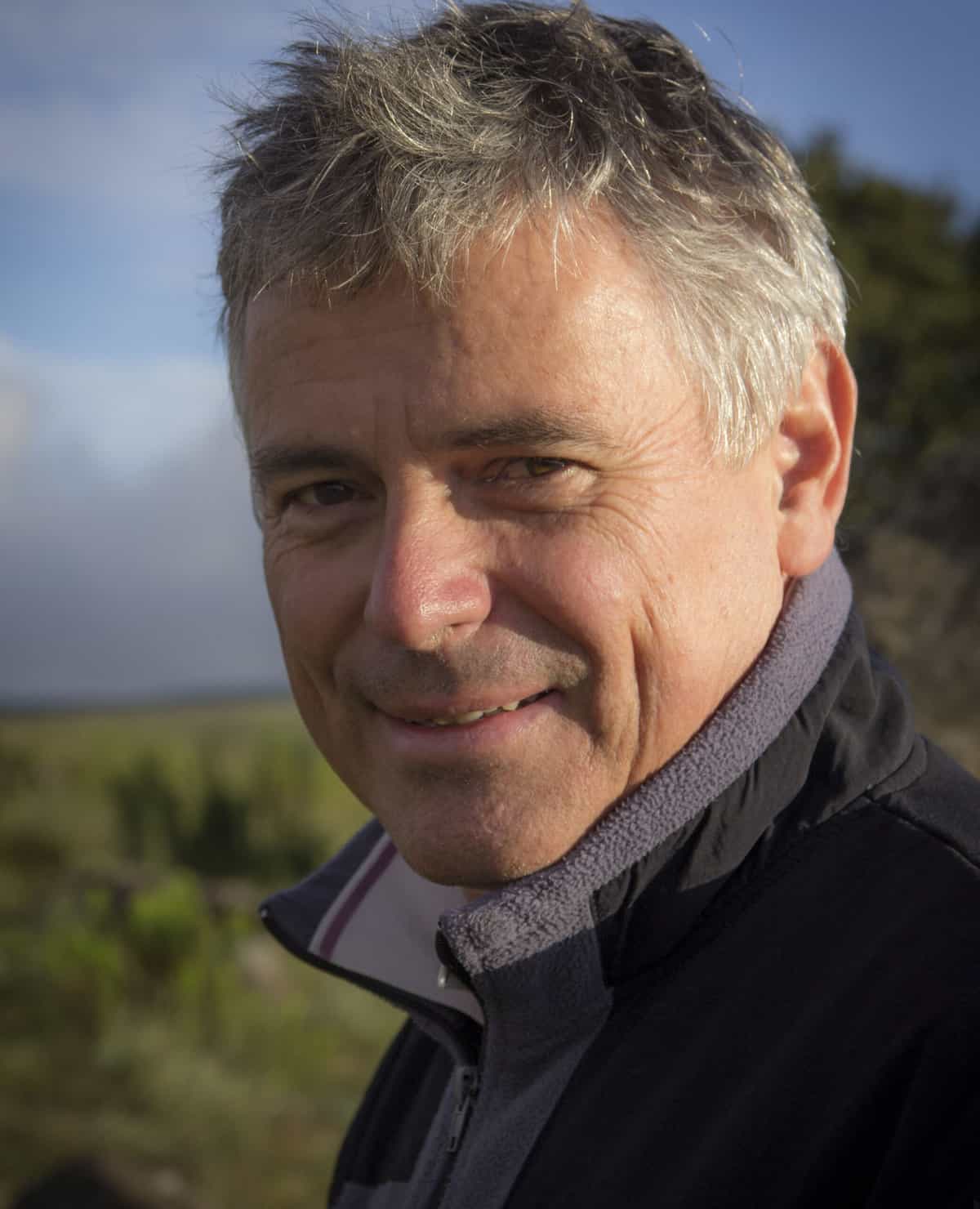 Michael Tellinger graduated from Wits University in 1983 with a B.Pharm degree. While studying he spent most of his time moving within entertainment circles.

He started his career on stage in Nick Taylor’s musical “Christian” at His Majesty’s theatre in 1980. Following this he played the part of Joseph at the opening of the State Theatre and toured with the show for two years. At this time he launched his solo career and released his first single called “Hazel” in 1981, which was nominated for a SARIE award.

Shortly after this Michael teamed up with Russell Stirling and formed the duo “Stirling&Tellinger”. The two played together for four years and had music hits with “Call Me” and “What’s a Nice Girl Like You, Doing In a Place Like This”. The “Call Me” video was voted among the top two most popular videos at MIDEM in Cannes 1983. In 1985 the duo recorded an album in Nashville, under the guidance of Terry Dempsey. During a year in Los Angeles he attracted the attention of various top agents but because of the cultural boycott, the duo was bluntly rejected.

He worked for Cannon Films as a sound designer and editor, returning to SA in mid 1986. Michael continued his musical career with more performances and recordings. His song “We come from Johannesburg” in 1986 was a nine-minute anti-apartheid epic. It was also the first Rap album to be released by a South African artist. The song was instantly banned due to its anti-government stance.[citation needed] Tellinger became a target of the regime: phone tapping, South African Police surveillance, several threats on his life, and other intimidatory tactics. The song was originally written by Michael Tellinger and Neil Johnson of Radio 702 fame in Los Angeles while living in exile. It was a response to Little Steven Van Zandt’s “Sun City”. Tellinger and Johnson wrote the rap epic to put on record a South African perspective on the situation in their country.

Michael Tellinger has written, recorded and released thirteen records and CDs since 1981, has performed and toured extensively in SA and abroad as a musician and written songs for various events and artists in SA.

As an actor Michael appeared as one of the leads in South Africa’s first soap opera called “Orpen House” and then played the lead in a six-episode series “The Star Shooters’ in 1997 for which he created the soundtrack.

In 1988 he got involved in the advertising industry as a writer receiving a Clio award for a radio campaign on DEFY.

Michael was involved as a presenter on a variety of hit SABC shows like Graffiti and Fast Forward. His experience with SABC led him to get involved in TV production and he created shows like the talk show called “Late Nite Live” and “Weekend Bonus”.

In 1995 he moved to Cape Town where he started a radio specialist agency called Airheads. In 1997 Michael then launched Nebula BOS Records to provide local and international distribution for independent South African artists and labels. The catalogue grew to over four hundred artists within the first year and its Internet presence led to a distribution deal with Warner Bros. They released 10 South African artists in Germany and 7 Albums in the USA.

In 2000 he was given his own weekly radio show on Cape Talk radio that dealt with South African innovation, technology and success stories.

In January 2001, Michael sold a children’s educational television show to the SABC. They completed 40 episodes for which he developed the animal characters and wrote all the music. In 2002 he worked on the children’s TV show to launch an educational publishing company called The Brain Food Company that focuses on developing a wide range of educational books, games and AV products.

He also worked on “Side By Side With Angels”, a collaboration of SA musicians for the TSUNAMI disaster fund, which Michael wrote and produced with Verny Scholtz. The song and video featured a host of leading SA artists like Malaika, Dr. Victor, Watershed, Dawnay and others.

Tellinger published his first book Slave Species of God in 2005. The work is the result of a 25-year study of the writings of ZechariaSitchin, who claims to have translated ancient Sumerian clay tablets and theorized about the early creation of man by the Anunnaki. Tellinger also frequently publishes articles on the topic via his website.

The Ubuntu Party is a South African political party founded by the author and songwriter Michael Tellinger[1] based on his principles of Ubuntu Contributionism. The party aims to introduce 100% employment by closing down the South African Reserve Bank and replacing it with a People’s Bank that will grant interest-free homeloans and fund massive public works campaign, as well as to provide free electricity as Eskom, the state-owned electricity utility, is owned by the people of South Africa.

The party contested the 2014 General Election at a national level. Second on their list of candidates was Stephen Goodson, leader of the Abolition of Income Tax and Usury Party, a former director of the South African Reserve Bank and controversial for his holocaust denial.

In 2012 Tellinger founded the Ubuntu Party in South Africa, based on his principles of contributionism. It contested in the 2014 National Elections.