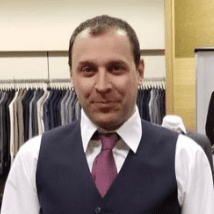 Michael Volpe has been a freelance investigative journalist since 2010. In 2012, I was the key note speaker for the Center for Immigration Studies Eugene V Katz Award. Since 2013, he has focused on the court system: guardianship, criminal, CPS, and family court. His series of articles on the Memphis VA Medical Center in 2014 and 2015 were featured on the O’Reilly Factor and helped lead to the dismissal of the hospital’s director. A 2014 article about a corrupt lawyer, Keith Dobbs, from Memphis helped trigger an investigation which led to the 2019 indictment on sixty-seven federal criminal counts. In 2013, he wrote an article exposing Cardinal Donald Wuerl as pro-pedophile; this was five years before the Pennsylvania investigation exposed him.