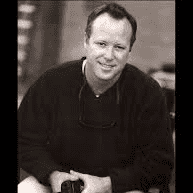 Mike Norris is a film director and the eldest son of American icon Chuck Norris. Early on, as a child on the set of his father’s movie sets, Mike was inspired to follow in his father’s footsteps. Mike was given the opportunity to direct on the hit television show “Walker, Texas Ranger”. It was there his passion for telling stories became a reality and he discovered the importance of narrative that can both educate and entertain. As a Christian, Mike wants to share his passion for his faith and his country as well as the importance of the Constitution. Mike has been married to his wife Valerie for twenty-four years and has three children, Hannah, Max, and Greta. Mike makes his home in Dallas, TX.