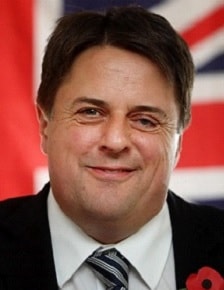 Once described as the most dangerous man in British politics, is a British politician who represented the north West of England as a member of the European Parliament from 2009 – 2014, representing the British National Party, which he also led. He is the current Deputy Chairman of the Eurosceptic, Alliance Peace and Freedom, and active in nationalist causes across Europe. Nick was educated at the internationally renowned Cambridge University where he majored in history and law, as well as boxed and debated. Nicks career has spanned four decadesand it is fair to say he is the one of the most influential nationalist politicians in modern European history. He appears monthly on Resistance Radio with our other guest Jack Sen, as well as writes for a variety of different websites and publications.