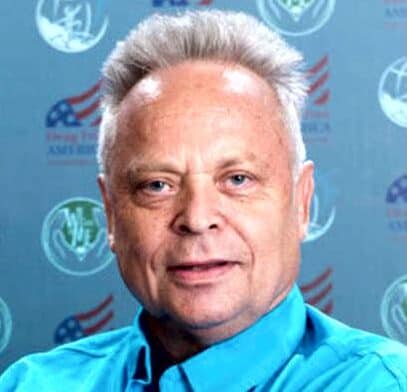 Norbert works on 2 books, as much time allows him to do so:

– There is only 1 reason you can become sick.

– The basics of life”

Norbert Heuser, born in Germany in 1951 (69 years) spent most of his life between living in Germany and Asia, particularly Taiwan and China where he had his own companies, while he had his own office in Hong Kong. Formerly married to a Chinese woman and working with and among Chinese for almost 40 years, he had a deeper insight into the culture and lifestyle than most Westerners can. There he was also introduced to Chinese medicine in Asia and established many of his activities in Asia.

In his career, Norbert has successfully built up various companies. He left Mainland China some 8 years ago “for good reasons” as he says today, with the idea to not be back again.

But this would be a separate topic in a separate story……. Norbert visited and worked in 35 countries around the world.

He left the classic education system with the high school and considers it lucky that he never went to college / university or had a formal training. Life itself and the people he met on his way gave him all the knowledge and food for thought he needed, and he never had to sell his soul to any faculty.

Norbert started working at the age of 17. At 23, he became the youngest management consultant in Germany. Since that time he was only self-employed. At the age of 10, Norbert first came into contact with alternative medicine, which he made his greatest passion throughout his life, apart from art in general and music in particular. At the age of 30, he was considered a side entrant in alternative medicine. While German is his mother tongue, Norbert also struggles with the English and French languages. In 2000, Norbert decided to move his main residence to Florida, USA, where he lives with his wife Dominique, his two daughters Jalmise and Isabella and his two grandsons Elijah and Jadyn. The latter was born in Norbert’s oversized bathtub. Norbert travels a lot between the United States and Europe where he gives interviews, does talk shows and gives workshops which typically last 1 day or 2 days.

When his first grandson Elijah was born in 2008 and Norbert observed first hand the “non knowledge” to wide extend in the medical trade, when Eli was going through ”stuff”. Norbert decided that he would not accept any damage done to his children and grandchildren and those of others. Kids have no lobby, he says. At that moment Norbert decided to turn his passion – alternative medicine – into his main trade. A calling – as he sees it. By that time, he felt he had enough competence accumulated over 30 years to know certain things “better” and to help and to improve life. And he started to apply and kept developing technologies. His first goal was to handle the electromagnetic radiation in regards to 4G. All this developed into more and more and more. While he and his family members reside in Florida, his headquarters and production is all in Germany, where he dwells several times each year.

Nowadays he is into technologies and practical applications only 3 years ago he could not image being possible. He calls it a natural development and hunger for truth and improvements.

Norbert has recorded over the past 3 years more than 35 video talk shows in Germany and Switzerland, which can be found for the audience which speaks German on his website.

In 2019 Norbert appeared on more than 50 radio shows across the USA interviewed about 2 of his main topics : WATER and ELECTROMAGNETIC RADIATON in Particular 5G.