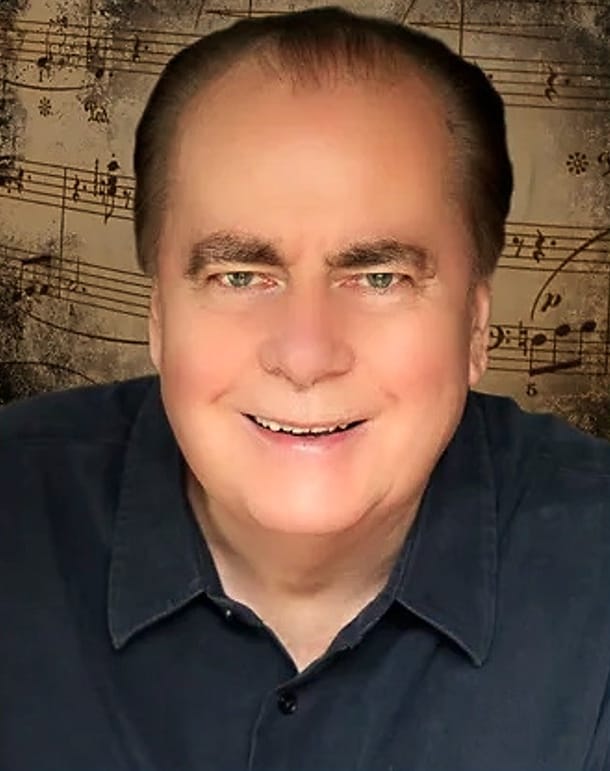 Known to listeners as “Mr. Music” for his extensive knowledge of the history of popular music, Norm N. Nite has a long and distinguished career that reads like a “Who’s Who” of radio. He began in 1961 as a radio personality, and in 1967 brought his unique on-air style to Cleveland, his hometown. In 1973, it was on to the Big Apple as author, disk jockey, and critic. Then back to Cleveland in the ‘90’s as a member of the Rock and Roll Hall of Fame Board of Trustees, the only radio personality to be honored with this distinction.

Though many listeners may be familiar with Norm as an air personality at such stations as WCBS-FM/New York, WHK-AM/Cleveland, and WGAR-AM/Cleveland – where listeners first dubbed him “Mr. Music” – Nite’s background also includes other music-related areas. He has served as writer, producer, and narrator of the “Rock and Roll – Evolution or Revolution” album for Laurie Records (1967). In 1968, he produced the first Rock and Roll revival concert in Cleveland. He produced the nationally syndicated radio series “Honor Roll of Hits” in 1971, and in 1975, served as music critic for the NBC Radio Network. From 1988 to 1990, Norm was host of the nationally syndicated “U.S. Hall of Fame Show” and “The Solid Gold Scrapbook.” His “Elvis, An American Music Legend” radio special has become an annual event on numerous worldwide radio stations. Additionally, in 1991, Nite completed seven one-half hour television shows with host Roy Firestone for Nostalgia TV, all based on the influences of Rock and Roll. Norm is always a welcome lecturer on the popular college circuit.

Since his national television debut in 1968 (a first for a Rock and Roll music authority), “Mr. Music” has appeared dozens of times, from Mike Douglas, Dinah Shore, and Merv Griffin to “Good Morning America”, “The Today Show”, CNBC (as host of “Talk Live”), MSNBC, and even as a guest VJ on MTV. Clearly, it seems that whenever the media needs Rock and Roll music knowledge, Norm N. Nite is considered first.

His hundreds of interviews with legendary entertainment personalities, including almost every Rock and Roll great and Hall of Famer, have made Norm’s published works essential for music lovers. He has penned four books for HarperCollins (eight publications) spotlighting the music he loves: ROCK ON; The Solid Gold Years, ROCK ON; The Years of Change, ROCK ON; The Video Revolution, and the ROCK ON Almanac; The First Four Decades of Rock and Roll. The next series is currently being considered for the new millennium.

It is well known that Norm was the driving force to bring the Rock and Roll Hall of Fame and Museum to Cleveland in 1985. In addition to his duties on the Board of Trustees, he has served on the Nomination Committee as well as providing the biographies of the inductees from his proprietary computer software program “Rockcom.”

In May 2003, Norm returned to New York radio with the debut of “The Heart of Rock & Roll” on WCBS-FM. The show, a four-hour retrospective of the music of 1956-1963, is the first regularly scheduled program to originate from the Rock & Roll Hall of Fame and Museum in Cleveland.

PBS television tapped Norm in August 2003 to host “The 60s Pop Rock Reunion” show, a live production taped for broadcast on PBS in the spring of 2004. Norm also recorded interviews with Peter Noone of Herman’s Hermits, Gary Lewis, Mark Lindsey, Rob Gill of The Grass Roots, Tommy James, The Buckinghams, and others.

Since July 2005, Norm has been an air personality for Sirius Satellite Radio – “Sirius Gold” – broadcasting live from 3-6PM Eastern Saturday and Sunday from the Alan Freed Studios located inside the Rock & Roll Hall of Fame and Museum in Cleveland, Ohio.

Norm currently resides in his hometown of Cleveland, Ohio.