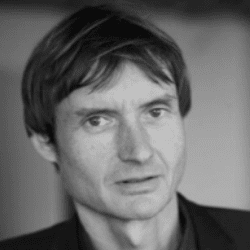 *New book to be released in November in Germany, and early 2020 in the US. It is about the underground resistance to Hitler and a group heretofore unknown to mainline history.

Norman Ohler was born in the German town of Zweibrücken, close to the French border, in 1970. After completing High School, he wrote his first novella »Reporter« in 1990. At the age of 22, Ohler attended the renowned Hamburg Journalist School, then published articles in the magazines »Spiegel«, »Stern«, »Geo«, and »DIE ZEIT«. In 1993, Ohler moved to New York, where he co-founded Tribes Gallery in Lower Manhattan in 1994.
In New York, Ohler worked on his first novel »Die Quotenmaschine« (tr. The quota machine), the story of the mute detective Maxx Rutenberg. Ohler published his novel in 1995, complete with hyperlinks. »Die Quotenmaschine« is regarded as the first hyper-text novel worldwide. In 1996, it was published in hardcover in Germany and Spain.
In 2004, while holding the post of City Writer in Ramallah, Palestine, he was the last European to interview Yassir Arafat before his death. In 2006 he travelled through Iran and produced a podcast about his visits to Teheran, Shiraz, Yazd, and Isfahan.
Norman Ohler is a member of the PEN-Club.
In film, Ohler collaborated with Wim Wenders writing the script for »Palermo shooting«, which premiered at the Cannes Film Festival 2008. Two years later he wrote, directed, and produced his own first short film, »natural«, starring Henry Hopper and Eva Bay.
After five years of research, his first nonfiction book, »Der totale Rausch« (tr. Blitzed), about the role of drugs in Nazi-Germany, appeared in 2015, and immediately became a world-wide phenomena, translated into over 25 languages.