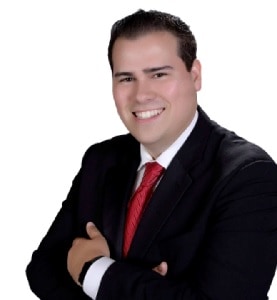 Omar Navarro is a 28 year old Hispanic man and the GOP challenger to Maxine Waters for California’s 43rd Congressional District.

Navarro was born in Inglewood, California and still lives in the district.

Maxine Waters has been in office for Omar’s entire life and he wants to stop what her policies are doing to the community.

He ran against her in 2016 and secured 25 percent of the vote, by raising only $3000. This time, he has raised over $100,000 and garnered the endorsements of GOP, Libertarian and Independent heavyweights – Roger Stone, Larry Elder, Herman Cain, Chuck Woolery, Barry Goldwater Jr, Sheriff Joe Arpaio and many more.

Roger Stone, who worked closely with the campaigns of all recent GOP Presidents, including Reagan and Trump, is the official Advisor and Campaign Strategist for the Omar Navarro for Congress Campaign.

Visit www.omarnavarro.com for more info and to make a contribution to the campaign.