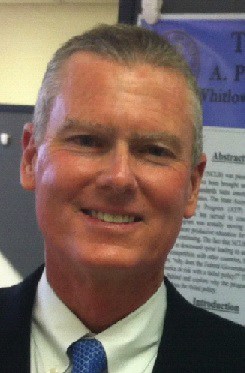 Patrick Huff served in the public schools in Texas from 1973-2007, as a teacher, and administrator. He retired after 34 years in the profession as a teacher, assistant principal and principal. During those years he was immersed in the testing regimen that grew into No Child Left Behind, and became acutely aware of the high stakes, intense atmosphere that was pervasive in driving all school decisions that were academic in nature.

Upon retirement he went back to school to receive his Ph.D., writing his dissertation on the phenomenon of school failure that is taking place all over the country. Why were schools failing in record numbers and what was the result on the education profession? His dissertation was then converted into a book that deals with the unrealistic No Child Left Behind Mandates, the federalization of the entire public school system across America, and the phenomenon of school failure and why this was occurring. The title of his book is The Takeover of Public Education in America: The Agenda to Control Information and Knowledge Through the Accountability System. It can be reviewed and purchased at http://www.aphuff.com

His current work revolves around educating people on the fallacy of school failure. “Failing and low performing schools” is the anchor that politicians and school reformist use for all their policy efforts. School failure is a myth and it will be demonstrated tonight why it is a myth.

He currently lives in Tomball, Texas with his wife, Connie, and works at The University of St. Thomas, located in Houston, as an adjunct professor.