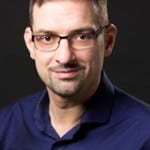 As an analyst for Betfair, Paul has never failed to show an annual profit in his nine years regularly covering golf, cricket, snooker, and political betting.
After mastering political betting in the UK General Elections and party leadership contests, he moved onto the US election in 2008. His website analyzes politics and writes political blogs for both the USA and UK.

Paul’s work expands across a wide array of media from writing for publications, making political betting films, and regular appearances as a pundit on BBC Radio for politics and predictions. Last July, he gave a lengthy interview regarding the US election on the new political talk show, “The Cheat Sheet,” and has been featured on CNN, ABC, and Fox TV.
In recent elections, betting markets have proven to be the most accurate guide to results, outperforming conventional predictors such as opinion polls or TV pundits.

Paul is one of the most experienced and authoritative voices in the political betting scene.

He graduated from the University of Hull with a B.A. in Politics.