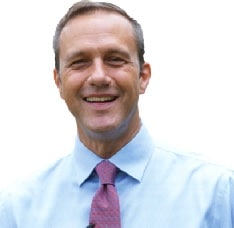 A Wisconsin business executive with over 30 years of experience in the manufacturing industry.

He got his start on the shop floor when he was 18 years old and worked his way up through middle management and into executive positions. He has run business operations for Fortune 500 companies throughout North America, Europe and Asia.

As an inventor, Paul holds seven patents in the United States, more abroad, and has others pending.

It’s from this first-hand experience that Paul has come to fully understand the challenges small businesses and start-ups face from government regulations, fees and bureaucratic “red tape.”

Paul served as a regional advisory board member for Operation Homefront, a national non-profit organization that provides direct financial assistance to the families of active duty service members. He has also been a volunteer for various charities throughout his life including with the March of Dimes, as Walk America Chair, and as Executive Sponsor for S.A.F.E. Place women’s shelter.

He calls Delavan, Wisconsin home and was candidate for Congress in Wisconsin’s First Congressional District 2016, garnering 10,852 votes (16%) against Speaker of the House, 9-term career congressman Paul Ryan, in Nehlen’s first ever run for office.

Nehlen was a vocal opponent of the Trans-Pacific Partnership – a trade deal that is a job killer for America. He is a strong proponent of securing the border and enforcing existing immigration laws. In June, Nehlen donated $50,000 worth of AR-15 rifles, body armor, night vision, drones, etc. to two Texas border county sheriff’s departments. You can have a look at his business and character recommendations at http://linkedin.com/in/paulnehlen