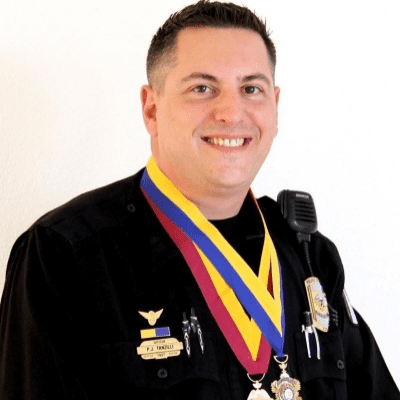 Article for Law Enforcement Today, titled “Officer Down, I Survived” Published 02/01/2019. Working on writing a book to chronicle my incident and the recovery process, along with my wife.

From Boston, Massachussetts originally, worked as a Security Police Officer in the United States Air Force at the age of 19 from 1997 through 2002. Civilian Law Enforcement Officer from 2002 through 2016 when I was shot in the line of duty during an attempted felony arrest. Medically separated from the Laguna Tribal Police Department in March of 2019 due to being disabled and unable to return to work. I live in the Denver, Colorado area with my wife and 12 year old step son. I have been married for 3 years and am currently working for our family owned business called Officer Down-We Survived, which provides peer support to other victims of violent crime to include law enforcement, EMS, fire and civilians. Through that I also do public speaking based on my experiences and my fight to recover from my physical and emotional disabilities.