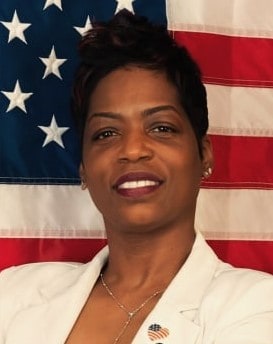 I ran for congress in 2020 to give the voters of  Illinois’ 1st Congressional District a New Choice a Better Way! I made a BOLD move against all odds and won over the voters of Will County by winning with 62% of the votes cast! And, that was achieved with the support of ALL voters, not just registered republicans! And in the southern municipalities of Cook County, I was able to secure 42% of the overall votes casted!  I am solely responsible for the incumbent’s retirement, leaving the field open to opportunists that were too afraid to challenge the machine!

This time, I’m in it to win it! Help me get the job done! No more democrat strong holds that occupy government offices with “do nothing” policies dictated by unelected special interests groups!  Send me to Washington as YOUR congressional representative! Let’s work together to restore the United States back to the Constitutional Republic that works for, of and by the people!

The new 2022 map is complete! Click here to find out if you are in the 1st Congressional District under the new district!

Philanise White was elected Committeewoman for Chicago’s 7th Ward on March 15, 2016 and served through March of 2020. As committeewoman, she served her constituents by appointing Republican election judges, selecting convenient locations for election participation/voting, hosting workshops, attending community events, traveling to Springfield for Republican’s Day and Peoria for the GOP convention. She served on Illinois Ben Carson for President campaign as a liaison for the 2nd Congressional District. After Carson suspended his campaign, Philanise went on to serve as the Illinois Co- Director of Black American Engagement and Outreach for the Trump/Pence Campaign. She was part of the GOTV for Griffith, IN, volunteered for the RNC in Cleveland, and appeared on several media programs. Philanise is the President of the Great Lakes Illinois Republican Women, Secretary of Bessemer Park Advisory Council and a volunteer member of the Walk For Alzheimer Foundation and the Illinois Special Olympics. Philanise is an active participant on the national Republican scene as a guest attendee at various conferences promoting conservative values.