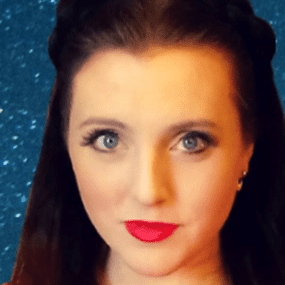 Rachel Stephens is a Bible teacher from the YouTube channel Crack Your Bible. After spending time in politics, Rachel realized that many issues that society faces as a whole cannot be remedied by governmental change. Corrupt politicians, the break down of the family, general confusion and fear about the future were indicative of a problem below the surface – the spiritual foundation of society was crumbling.

Spiritual problems can never be fixed through governmental policy. As a Christian since 1990, she noticed that the main culprit of many of the problems arising in society were due to a lack of Biblically sound teaching in the Church, which was on the rise thanks to  general Biblical illiteracy of both those in the pulpit and the parishioners.

In winter of 2016, Rachel decided that she’d tackle the problem of Biblical illiteracy by creating a YouTube channel geared toward those in their mid teens to early thirties, which would center around story time vlogs of various Bible stories. Unfortunately, many churches don’t or can’t explain the stories of the Bible in a relevant, entertaining or contextual manner – this was the gap in the market that Rachel saw needed to be fulfilled and one that she was equipped to tackle. Her channel began filming in January of 2017.

Twice a week, Rachel and the 57,000 strong “Crack Your Bible fam” tackle the Bible  by going verse by verse through scripture. In addition to explaining scripture, Rachel tackles today’s personal, political and social problems by examining what the Bible says and how to apply it to these modern issues.