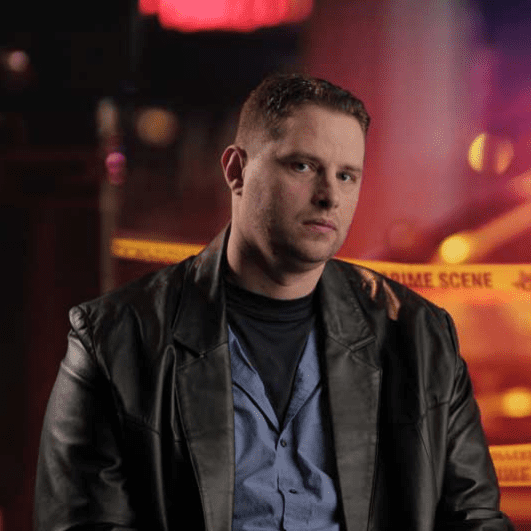 What happened in Vegas

Ramsey Denison grew up in a small town in Florida where he spent most of his childhood playing with firecrackers, watching Saved by the Bell, and making terrible movies with his friends at the television station where he worked as a teenager. He received a journalism degree from Eastern Washington University.

A member of the editor’s guild, Ram has cut over 30 television programs and worked on hit shows like Naked and Afraid, Catfish, and Criss Angel Mind freak.

His debut documentary What Happened In Vegas went to #1 on iTunes documentary chart in June 2018 and drew positive reviews from Village Voice, Los Angeles Times, and The Hollywood Reporter. His second documentary, Money Machine, got a perfect 10 out of 10 review from Film Threat and is slated to be released on October 1 on the Video On Demand platform.

MONEY MACHINE spotlights the sleaze and fraud that runs deep between the Las Vegas Metropolitan Police Department and Sin City casino owners. For example, why did Roger Kenis, the former Marine who risked his life running into the gunfire to help save people, refuse to go along with the $800 million MGM lawsuit and back out? Are survivors being paid what they were promised? What is the real story of Michelle Leonard, one of the survivors who spent over 100 days in the hospital with injuries and was told she would receive the full compensation but is receiving only a fraction of what was promised?

In his first acclaimed feature, WHAT HAPPENED IN VEGAS, director Ramsey Denison exposed violence, murder and corruption within the Las Vegas Metropolitan Police Department. Denison’s debut documentary became a surprise hit that went to #1 on the iTunes documentary charts in June 2018.

The follow up film MONEY MACHINE features an exclusive interview with killer Stephen Paddock’s brother Eric, this riveting new documentary feature exposes information MGM Resorts International and the Las Vegas Police Department would prefer to keep secret. It also features harrowing, never before seen footage of the Las Vegas shooting and examines what really happened to the millions of dollars raised for victims through the #VegasStrong campaign.  It also offers answers to what drove mild-mannered millionaire gambler Stephen Paddock to open fire on a crowd of over 20,000 people at the Route 91 Harvest Music Festival, killing 58 concertgoers and injuring hundreds more.

MONEY MACHINE will be released on global VOD via Journeyman Pictures October 1, 2020, the 3rd Anniversary of the mass shooting. Platforms will include Itunes, Youtube, Amazon Prime, and others. A complete list of platforms can be found at: https://www.journeyman.tv/film/7909/money-machine