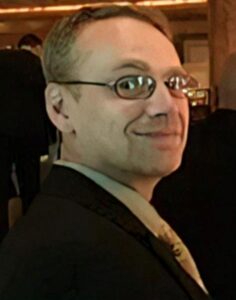 Texas CHRISTIAN FAMILY OF FIVE Set to Be Sentenced Next Week for January 6th Participation! PLEASE HELP THIS FAMILY OF PATRIOTS!

Randy Ireland is a USAF Veteran who served in between the two Gulf Wars.  After leaving the USAF he worked for Lucent Technologies, and then founded IT Business Solutions, LLC.  Mr. Ireland grew ITBS from a mere idea into a Multi-Million dollar software development company under its flagship software application: TeleDAX™.

Mr. Ireland co-Founded C.A.P.P. (Citizens Against Political Persecution, Inc.) – a successful 501c3 Non-Profit organization dedicated to educating Americans about the unconstitutional detainment of US Citizens & decorated Military Veterans at the hands of the US Government.  Mr. Ireland also co-Founded CondemnedUSA.com – a website for anyone politically persecuted to tell their story!

Mr. Ireland brings that same passion, commitment to excellence, and over 20 years of Information Technology & Business Management to the founding of Americans For Justice, Inc.