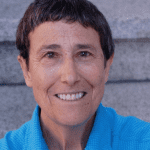 Rebecca Gordon received her B.A. from Reed College and her M.Div. and Ph.D. in Ethics and Social Theory from Graduate Theological Union. She teaches in the Philosophy department at the University of San Francisco and for the university’s Leo T. McCarthy Center for Public Service and the Common Good. Previous publications include Letters From Nicaragua  and Cruel and Usual: How Welfare “Reform” Punishes Poor People .

Her latest book, American Nuremberg: The Officials Who Should Stand Trial for Post 9/11 War Crimes, comes out from Hot Books in April 2016.

Prior to her academic career, Gordon spent a few decades working in a variety of national and international movements for peace and justice. These include the movements for women’s liberation and LGBT rights; movements in solidarity with the struggles of poor people in Central America; the anti-apartheid movement in the United States and South Africa; and movements opposing U.S. wars in Iraq and Afghanistan.

In 1984, Gordon spent six months living in the war zones of Nicaragua, and in 1990, three months teaching desktop publishing at an anti-apartheid newspaper in Cape Town, South Africa. She is a founder of Californians for Justice, a statewide organization dedicated to the political enfranchisement of marginalized people, especially young people, poor people, and people of color.

Other organizations she has worked with include the Applied Research Center, the Center for Third World Organizing, Mujeres Unidas y Activas, and the Asian-Pacific Environmental Network. She is an editor of WarTimes/Tiempo de guerras,  which seeks to bring a race, class, and gender perspective to issues of war and peace.