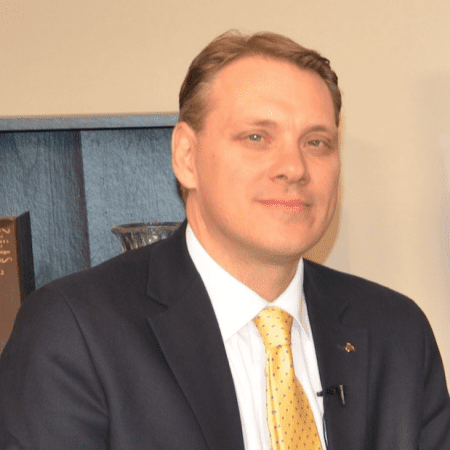 Richard Nelson is the executive director of the Commonwealth Policy Center, a nonprofit 501c4 working to shore up the pillars of society—sanctity of life, man/woman marriage, religious freedom and fiscal stewardship. He currently serves on the Pennyrile Christian Community Board and previously served on the Trigg County Hospital Corporation Board and also the Trigg County Fiscal Court as magistrate.

Richard’s articles and opinion pieces have appeared in several newspapers including the Lexington Herald-Leader, Cincinnati Enquirer, and Louisville Courier-Journal. He’s been a guest on Kentucky Educational Television’s (KET) Kentucky Tonight program. He hosts an hour-long, live weekly radio program that reaches much of Western Kentucky and Middle TN. He also produces the Commonwealth Minute—a daily radio commentary aired on 65 stations in seven states. He is also a regular guest on radio shows throughout the state. He is available to speak to churches, governmental bodies and civic groups across the Commonwealth.

He served as a policy analyst with The Family Foundation of Kentucky from 1997-2012. Previous employment includes: Field biologist for the U.S. Fish and Wildlife Service in Jamestown, ND; Research assistant in the Wisconsin State Capitol; Policy analyst for Family Research Institute of Wisconsin: and Board of Directors for Pro-life Wisconsin. He graduated with a BS in triple majors of biology, wildlife management and resource management from the University of Wisconsin-Stevens Point in 1992 and earned a Master of Arts in public policy from Regent University in 1995. He is certified by the Wildlife Society as a wildlife biologist and certified by the Wisconsin Department of Public Instruction as a secondary education teacher in environmental science.

Richard is an outdoors enthusiast and formerly ran an award-winning taxidermy studio in Cadiz, KY. In his free time, he enjoys hunting, fishing and camping with his family at Land between the Lakes. Father of three girls and a boy and grandfather to Lyanna, he resides in Cadiz with his wife Kari of 28 years on their farm where they keep cattle, horses, two dogs and two cats.