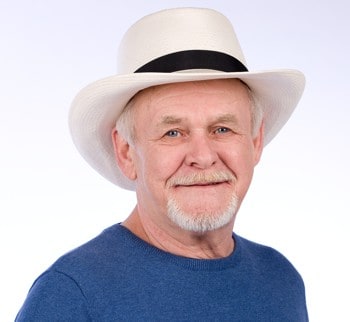 My name is Rick Simpson. I have been providing people with instructions on how to make Hemp Oil medicines for about 8 years. The results have been nothing short of amazing. Throughout man’s history hemp has always been known as the most medicinal plant in the world. Even with this knowledge hemp has always been used as a political and religious football.

The current restrictions against hemp were put in place and maintained, not because hemp is evil or harmful, but for big money to make more big money, while we suffer and die needlessly. Look at a proposal such as this; if we were allowed to grow hemp in our back yards and cure our own illnesses, what do you think the reaction of the pharmaceutical industry would be to such a plan? Many large pharmaceutical companies that still exist today sold hemp based medicines in the 1800′s and early 1900′s. They knew then what I have recently found out. Hemp oil if produced properly is a cure-all that the pharmaceutical industry can’t patent.

Two years a go I contacted the Liberals, the Conservatives and the New Democratic Party about this situation. I also provided them with evidence to backup what I was saying. No one lifted a finger, in most cases I was lucky to get a reply. I contacted the R.C.M.P. along with many other organizations and Public Interest TV shows, with little or no response.

Why are all these people trying to avoid such a simple truth? If I am in some way wrong in what I have been saying then I invite the system to come and prove it. I would be happy to put on a public demonstration of what this oil can do. That would answer this question for the Canadian public once and for all. It seems unbelievable that we have a law in Canada that will not allow us to cure our own diseases with a natural herbal remedy.

While much of the evidence for the effectiveness of Hemp is reports from patients and doctors, it is important to realize that this reporting leads to restrictions of drugs and their withdrawal from the market. Such was the case with doctors reporting the birth defects from Thalidomide and heart problems with the Fen-Phen combination of drugs. Further reports led to new uses for Thalidomide as a drug to treat leprosy rather than morning sickness. Anecdotal evidence (reports and observation by patients or doctors) usually indicates to a doctor that a treatment or drug should be altered, discontinued or changed.

In addition to the evidence, much research has been done and a list of a few of the researchers and their papers or publications is here. [Penicillin was approved for use with less experience and data than is available on the effectiveness of Hemp – only six patients].

The results of the cases can be readily replicated by any practitioner, medical or otherwise, anywhere, to cure malignant melanomas and more importantly, save lives. The topical application of hemp oil salves or balms helps to control or cure various skin conditions. Taken orally, the oil tends to seek out and destroy cancer cells in the body, but as with any drug, too much can cause side effects; most notable with hemp oil is drowsiness. Unlike opiates and their derivatives, hemp oil is not addictive.

In 1847, Dr. Semmelweis, a respected Hungarian physician who was concerned about the high mortality rate of women giving birth in hospital, instituted a procedure at one hospital whereby doctors washed and disinfected their hands before delivering babies. Immediately, the mortality rate dropped from THIRTY percent to near zero. Seven other hospitals followed suit with similar results.

The European medical establishment recognized Dr. Semmelweis’s achievement by blocking his applications for further research funds, vilifying and ostracizing him, and, ultimately, causing him to lose his prestigious positions at maternity hospitals. In America, the newly formed American Medical Association added insult to injury by threatening to revoke the license of any doctor caught washing his hands. Dr. Semmelweis was so distressed that women continued to die that he suffered a mental breakdown that eventually led to his death in 1865.

Don’t expect a doctor working inside the system to buck the system. The risks are still too great!

The advice she or he offers you is controlled by the large medical industry that makes its money from expensive cancer fighting drugs and treatments. It is an industry that doesn’t look favorably on natural supplements or other cancer treatments that they cannot patent or make a large profit from. Years from now the current conventional cancer treatments used by doctors will on the whole be viewed in the same light that we view the old medical practice of blood letting to cure illnesses.