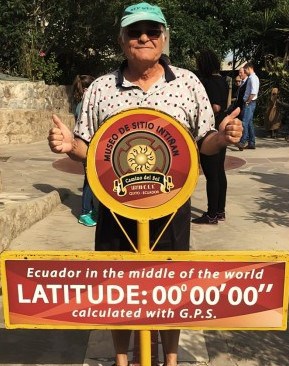 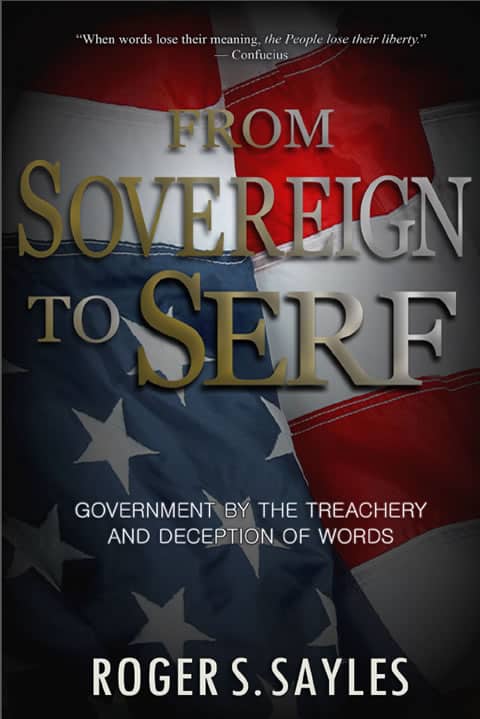 Host of ‘Roger Sayles Radio Ranch’ and author of From Sovereign to Serf Government by the Treachery and Deception of Words.

Born in Panama City, Florida, to an Air Force Officer Father and living in Texas, New Mexico, Alaska and Louisiana growing up. College at LSU in Baton Rouge, Louisiana and yes, a ‘die hard’ LSU fan! I started my professional career as a smack-y mouth Disc Jockey in Panama City moving into the ‘big time’ music industry in Atlanta actively for 10 years in the 1970’s working for Mercury Records, ABC Records, Infinity Records as well as doing Independent Promotion. Subsequent to my active music industry career I taught ‘Broadcasting’ and ‘Record Promotion’ courses at The Art Institute of Atlanta from 1985-1995.

It was while teaching and doing network marketing that I found the ‘tax movement’ that has led me on a, now, almost 26 year journey searching for ‘real’ truth.

In 2008 I relocated to San Rafael, Mendoza, Argentina. Mendoza Province is an incredible agricultural area and also home of world class wines and champagnes, having the world’s best stand of Malbec grapes that make the succulent Malbec wine popular worldwide. San Rafael is in the high western Argentine desert close to the Andes.

I have recently relocated to the Quito, Ecuador area. I will live specifically in Cumbaya, a suburb of Quito immediately adjacent but 1,500 feet lower in altitude. Although I am not in Ecuador permanently for even three weeks at of this writing I have totally fallen in love w/Ecuador, it’s people, the ‘perfect’ climate year round and honestly the best food I believe I’ve ever eaten!!! I doubt that I will ever make another major move!

Argentina was peaceful with warm & kind, loving people mostly of European ancestry. For the 9 years of living in Western Argentina I found a sense of peace and freedom that, at one time, existed in the USA but has since been ripped from the nation and people & country that I still love. Those 9 years in Argentina introduced me to the Spanish culture however I found Argentina had too many deficiencies for me to continue living there. Just getting cash was a total nightmare for the entire time I lived there. Since moving to Ecuador I can go to any ATM machine and pull out U.S. Dollars, a welcome change.

Even in the short time I’ve been relocated to Ecuador I can already tell it was the right decision. Argentina allowed me to work for many years with very little or ‘no’ distractions. The book and finalization of the concept happened in Argentina. Now it’s time for a change as, I believe, we get ready to take the next “big step’ to continue exposing the highest of truths to our audience.

I have come to understand that America is ‘not’ simply a line on a map. The TRUE “America” is a set of ideals, concepts and principles we have long since lost or been obscured from us. Maybe by absorbing and understand the information that is presented on The Radio Ranch I can enable to you recapture those elements that made “America” the great ‘land of opportunity & freedom’, as opposed to what it has become, the land of ‘political deception and freedom suppression’. Remember, America was ‘only’ the 2nd country in the entire history of the world to truly possess God Given Natural Rights!