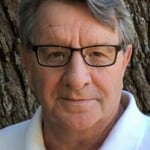 Ross Powell, is the Founder of Survival 401k, LLC. Ross was raised in San Antonio and graduated from the University of Texas. Commissioned as a Naval Officer in 1982, Ross served as Communications Officer, Missile Officer, ship board Legal Officer and Intelligence Officer. He served in the Mediterranean and Persian Gulf. After leaving the Navy as a Lieutenant Commander, he worked for Hartford Insurance as a Senior Business Analyst.

In 1999, Ross left to start up one of the first artisan ecommerce sites on the internet artisannet.net which catered to artists, sculptors, photographers and skilled artisan craftsman. For the past 10 years, Ross has been a banker for some of the largest banks in the country. His intimate knowledge of the inner workings of banks helps him direct clients into our Solo 401k product.  A talented speaker, he can be heard on Hagmann & Hagmann along-side Gold expert Steve Quayle discussing current financial and world events.  Ross is experienced in Radio and TV interviews having appeared on FOX with Neil Cavuto.