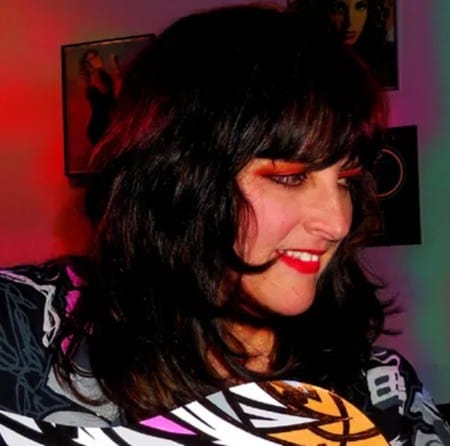 Sandy Frazier is a New York-based artist, a modern expressionistwho has exhibited in Soho, Chelsea and the Broadway District in New York… also, Charleston, SC and Illinois, with excellent reviews.  She has exhibited in many galleries from international Internet sites to Soho.  She is a published author and also a singer/songwriter and recording artist.  Sandy’s pop music record, Resurrection,  is available here, on i-Tunes and at Amazon.com.  Her book, The Mystic Artist (second edition), is out in paperback. Windows of My Soul – 25 Years of Original Poetry, Song Lyrics & Art, Lyrics from Sandy’s record, “Resurrection”…and songs from “Painting Music” – was released in 2013.

Sandy’s early education in art came from an unusual source – silent films.“Painting stills from silent films gave me much of my education in art.”Interpreting those dramatic photographs, rich with the shadows and lighting that depicted early Americana, she quickly became a value painter, and began creating impressionistic watercolours. Sandy Frazier is a New York-based multimedia Expressionist who creates art with qualities of prophetic mysticism.  “I found in the great mystic artists a treasure trove of inspiration, which fuels my art as well as my music,” she refers to the subject of her book, The Mystic Artist.  “I sometimes feel as though I am ‘painting music’” – a theme that is universal throughout Sandy’s art and music.

…until one day around 1994 when she happened to see The Mystery of Picasso, a ’50s documentary. It was just the inspiration Sandy needed to liberate herself in order to be the artist she’d always wanted to be. The documentary was almost literally a day in the life of the man – the camera watching him paint, draw and create through a transparent screen that makes the viewer feel as if he or she is participating in the actual creation of his works.

“Suddenly, I felt as though I’d been liberated artistically. No more would I have to be just a copyist or a value painter. I could be the colourist I’d always wanted to be and free to express that which my soul contained. Picasso’s given me a new lease on life.”

Sandy believes anyone can be an artist in this way.

“Picasso taught me that if you have the courage to start with that one line, no matter how crooked it may be, you have the strength to follow through and finish your masterpiece.”

And many of her paintings are prophetic, containing symbolic messages, as though they were created subliminally – while connecting to a higher source.

In the late ’90s, she had her first Manhattan opening at Robert’s Restaurant, a trendy jazz club in the Broadway district (Hell’s Kitchen), where she was very successful selling many of her works to the theatre and performance community. Sandy’s many paintings and drawings include her Silent Stillsand Surrealistic Spirit series. She has exhibited in Chicago, IL; Charleston, SC; New York; and Long Island. She was featured in Charleston’s largest gallery, as well as several places on Charleston’s main street.

Represented by Agora Gallery in New York City, she opened with her first Soho show in March 1998, at 560 Broadway, where she was proud and honored to have been selected to feature a painting (Sandy’s original oil painting – I Intended to Play) to be featured in NY arts magazine (March ’98), [New York’s guide for Exhibits, Reviews, Maps, Openings, which goes to all the galleries in New York City]; and Sandy was listed in New York’s famous Gallery Guide.  She was also featured in ARTSPEAK Magazine (March/April, 1998). Her painting, Vincent’s Music, was chosen to represent Agora Gallery’s new talents.

A published author, Sandy writes on art and has had articles and excerpts from her books published.

She has also published and displayed over 200 original works of art at her Web site since 1997 and is a frequent exhibitor at international online shows.

Sandy’s still-life acrylic painting, 2 Green Pears was chosen to grace the cover of grade school art textbooks throughout the country (Publisher: Harcourt School Publishers). The book features a 3/4-page detail of the painting on the front and the entire painting reproduced on the back cover. The original print-run was 40,000-80,000. Sandy’s painting was chosen from hundreds of submissions.

Sandy’s Pope painting/collage was published as an illustration in a high school religion textbook: “Morality: An Invitation to Christian Living” by Joseph Stoutzenberger. (It illustrates the Pope with the weight of the world upon his shoulders.)

Sandy is working on several new series of paintings – Passion World, Papier Colle, and Painting Music.  She will soon be selling prints of some of her original paintings, photography and digital art.

Borne in Motown, U.S.A., Sandy has been a singer and songwriter all her life. Her early influences in rock, gospel, soul and rhythm and blues are reflected in her singing style and songwriting.

“Elvis Presley was my biggest influence in my youth,” she states, “He was so talented and filled with soul-purpose… and firmly rooted in American music through gospel, rhythm and blues, which has inspired almost all genres of music.”

Influenced by Elvis Presley, Leiber & Stoller, John Lennon, Kate Bush, Ian Anderson, Bob Dylan, ’70s Motown soul music, dance, electronica and trance/ambient music and Heart (to name just a few), soon she started writing and performing her own original songs and has continued throughout her lifetime. Her many song lyrics can be found on the discography page.

Sandy’s songs are filled with universal lyrics that are skillfully entwined with tuneful melodies.

“I really believe artists are channels for a higher and much purer force which we have no choice but to bring out of ourselves. It took me experiencing a lot of disappointments before I could begin to live truer to myself. I write music to survive and I’ve actually LIVED each and every word of my songs.”

Sandy spent many years writing, recording and producing her music and in 2000 released her debut CD, Resurrection – an album of songs inspired by her book The Mystic Artist filled with painterly delights.  It is a blend of modern electronica, with a techno trance vibe and ‘ear candy’ to always keep the listener coming back for more.

“These are songs written by a painter; and so the album is much like a series of collage-paintings centered around the theme of water, with many colours, textures and unique brushstrokes,” says Sandy of her collaboration with Gary Filadelfo, an excellent engineer and producer in New York.  “For example, I did a painting called Egypt Over Arles – combining my love for Egyptian art and Van Gogh’s home where The Yellow House was – and then a song just naturally followed… and now we’re combining effects along with swirls of light and colour like a Van Gogh painting… as though we’re literally painting music.

“And my song for Gauguin started out to be autobiographical in the way I was relating to him and his journey through life; but then it became a song that was really a collage of his paintings in music.”

Sandy’s music is described as “ArtRock” – each song a Pop Cantata, a kind of poem set to music, colourful stories, each like an individual painting.

Sandy is working on her next album, “Painting Music,” which is due out in 2015.  Her new singles are out on SoundCloud: My New York Mood, Spectres, A Very Private Person, Baptized Again, and Silence is the Healer.