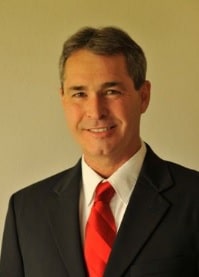 Scott Hensler has been dedicated to the Deliverance Ministries for over fifteen years. In his dedication to understanding the demonic issues that influence behavioral disorders he has uncovered the true root causes. He has released this information in his first book “BPD or Jezebel – Borderline Personality Disorder and the Spiritual Connection” which is available in Amazon Kindle Books. His second book titled “Second Heaven Invasion – Field Manual for End of Days” is available in Kindle Books. This book continues where others leave off concerning the spirit realm and physical entities known as reptilians, hybrids and the demonic cooperation between them. His third book “Hoodoo Voodoo” is information necessary for missionaries and deliverance ministries to help them understand what they are up against and how to deal with the demonic forces they will encounter. This book is available in both Kindle Books and paperback exclusively through scotthensler.org

Scott entered the deliverance ministry in 2001 after experiencing first hand demonic possession of a loved one, and the destruction it caused on all involved including himself. Deciding to search for answers, he shockingly found that the Christian churches were not able to assist or help, much less willing to even address the demonic realm issues Christians are facing. He finely discovered a deliverance ministry in the Phoenix area that knew exactly what to do to eliminate the evil spirits, and remove the curses. After seeing how God worked in his life he has dedicated his life to setting others free ever since.

In the mid-eighties, he gained an interest in Law Enforcement and Search & Rescue with a local agency in the Phoenix area and served for fourteen years. In his community service, Scott was awarded two US Patents for his inventions relating to improving communications with Rescuers and the Command Post during rescue procedures and emergencies, including augmenting pagers used in the eighties and nineties for dispatching of emergency personnel. During his service, Scott became an instructor in man-tracking, map and compass, communications, search techniques and desert survival.
Scott is also an active amateur radio operator holding an Extra Class FCC license – KF7ZDT. His love of the hobby has become a passion to assure communication when times become hazardous and regular forms of communication are lost to a possible EMP attack. Or, enemy infiltration of terrorist methods to hold off all public ability to communicate via cell phones or Internet.

In present, Scott runs and operates informational web sites pertaining to emergency technical information to educate others in their selection of personal gear for emergencies. As well as being dedicated to scotthensler.org to warn others of the end-time events coming and spiritually know where they stand in defending themselves against the demonic spiritual forces that are upon us.

Now Scott with cohost Julie Flores operate www.tinfoilhatclub.com and associated BlogTalkRadio show together. This show takes it up a notch concerning the supernatural and covers what other talk shows will not concerning the deception plaguing the world and the coming tribulation that will be orchestrated by both humans and non-humans.

Between the technical and biblical background. Scott has been able to combine the past decade of information and experiences together. Presenting this valuable information to anyone willing to hear it.