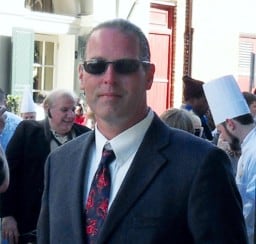 Born and raised in New Orleans. Before returning to New Orleans in 2004, I lived in Baton Rouge, Brooklyn and Jersey City. I started realizing what was going on up above in the Summer of 2011 after noticing strange weather patterns. I began recording video of it and saw my first uncloaked craft on August 8th, 2011. On June 2nd, 2012, I released the first 9 parts of my series. I then teamed up with many others around the world documenting this phenomenon. The next 10 parts came soon after. The series is now over 6 hours long. I’ve taken over 15,000 photos and hundreds of hours of video, some not even reviewed yet. I’ve done about 8 radio interviews on this subject with Roxy Lopez, Steve Travesty, Dave Schrader, Rene Barnett and John B Wells. The YouTube channel has over 3100 subscribers and 370,000 total views. My work is also scheduled to be in an upcoming documentary called “Ribbons in the Sky” and in Jose Escamilla’s “They Live in the Skies”