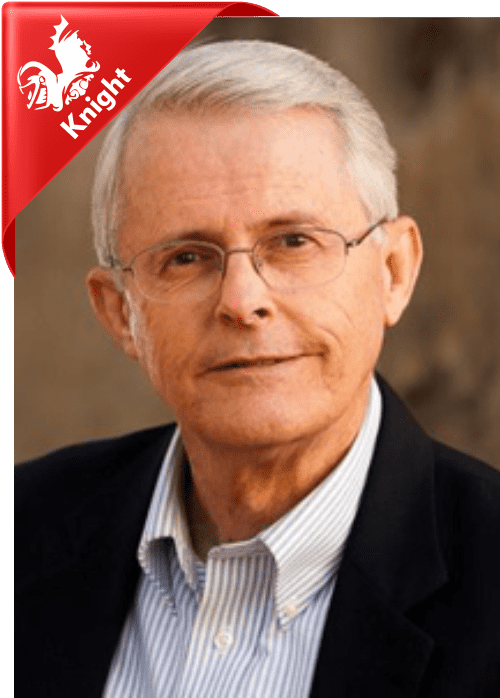 Born near his mother’s farm in Maryland. He enlisted in the Marine Corps in 1963 and by age 21, became a second lieutenant and was among the Marines’ youngest carrier-qualified helicopter pilots having flown 269 combat helicopter missions in Vietnam. He later saw bitter ground combat with the 1st Marine Regiment and took part in small-unit actions where two fellow Marines–PFC Gary Martini and SSgt. Jimmie Howard–won the Medal of Honor. He was also awarded the Purple Heart for wounds received in battle.

After the war, he served as a flight instructor and later attended engineer school where he graduated at the top of his class and was made a Company Commander.

He later left the Marine Corps to attend the University of Florida where he graduated with honors from the School of Business in 1973 and earned a law degree in 1976. He practiced law in Fort Walton Beach, Florida, before accepting a commission as a Major in the U.S. Army Judge Advocate General’s Corps (JAG).

The Judge Advocate General of the Army appointed him to head the legal offices at Ft. Leonard Wood, Missouri, Ft. Ord, California and Ft. Lewis, Washington, and later Chief of the Army’s Criminal Law Division at the Pentagon.

In 1994, as an Army Colonel, he retired from military service to pursue further service to this great nation. His military awards include the Purple Heart, three Legions of Merit, thirteen Air Medals, two Presidential Unit Citations, the Army General Staff Badge, and his Naval Aviation Wings of Gold.

He is an unwavering patriot and vocal constitutionalist who has a strong record of protecting American values and fighting for Virginians. He is a man of honor and integrity, having served eight years in the Virginia House of Delegates, and currently serving his second term in the Virginia State Senate, where he proudly serves the citizens of the 13th District. Additionally, he is a visionary on international foreign affairs using his expertise for Peace. He and his wife Barbara have been married for 49 years. They have three children and 15 grandchildren.