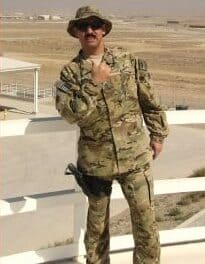 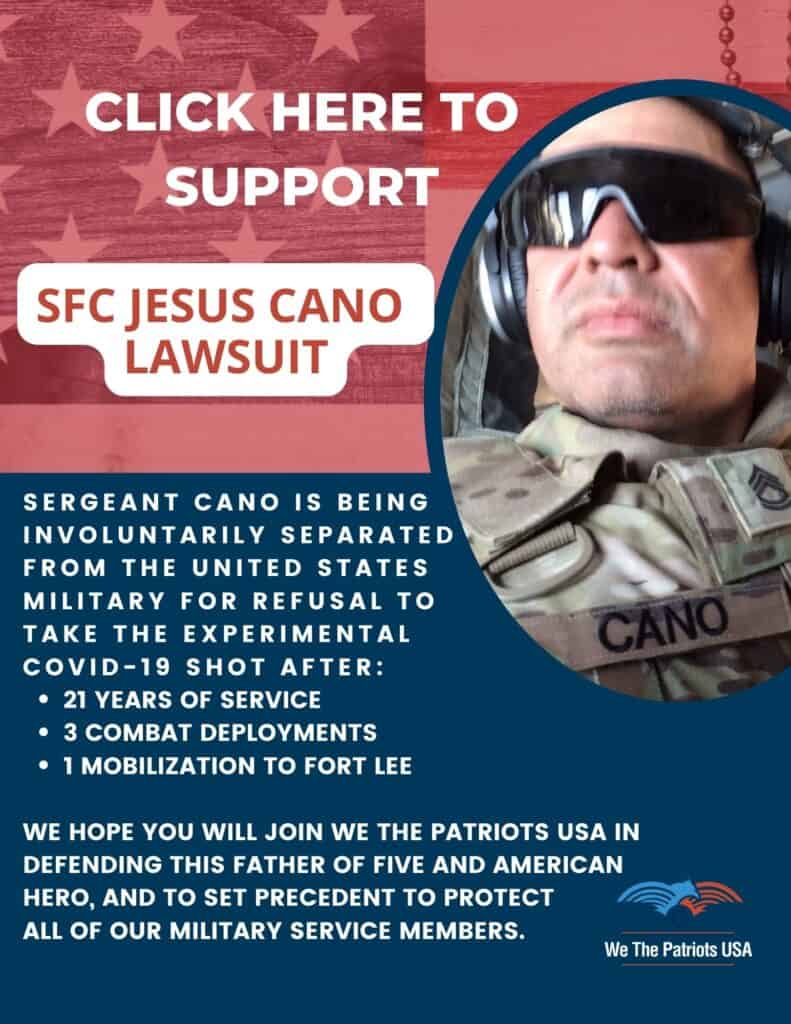 Jesus Cano has served his country honorably for 21 years. As an Army Sergeant First Class with three combat deployments and a mobilization to Fort Lee, he knows firsthand what it means to risk it all in defense of freedom. But he is not willing to risk it all for an experimental injection that violates his sincerely-held religious beliefs. The Army, though, has asked him to do just that, and has informed Sgt. Cano that he will be discharged from the service (and not honorably) or his refusal, risking the loss of the benefits he has earned through his fearless service to his country.