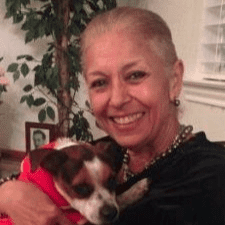 Shirin Neshat is an Iranian-American who immigrated to the United States in the late 1970’s in order to escape the brutal regime of Iyatolla Khomeini. Since then, Shirin speaks whenever possible about her native country both as it once was under the Shah and what it is today. It is Shirin’s hope that by speaking candidly about Iran as a theocratic dictatorship, Americans will better understand that the Iranian people are not the enemy of America; they are prisoners in their own country. Shirin lives under constant threat of death as she despises the Iranian Regime today.

Shirin’s father served as the head of the Secret Service for the Shah of Iran. This will be a very special interview that will bring you, the caravaners, into the palace intrigue of what was once the jewel of Ancient Persia and is now a state spoinsor of global terror and innocent blood shed worldwide.