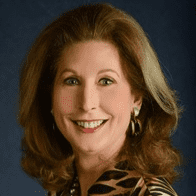 – Creeps On A Mission

Sidney Powell was a federal prosecutor in three districts across the country under 9 United States Attorneys from both political parties. She has been lead counsel in more than 500 federal appeals, including 350 criminal cases for the government. She was Appellate Section Chief in Western Texas and later in Northern Texas. In 2014, she published LICENSED TO LIE: Exposing Corruption in the Department of Justice—which reads like a legal thriller but is true and names names. She is a Senior Advisor for America First and a Fellow of the London Center for Policy Research.