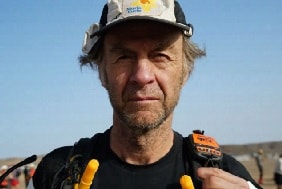 Books Written 23 books including the UK bestseller (Times and Telegraph) in 1991 The Feather Men, and in 2003 the top selling biography (Times) of Captain Scott. My Heroes was published in 2011 and The Feather Men was released as a major motion picture Killer Elite. Cold 2013, Agincourt 2014 followed by Heat 2015, and more…

–    Born UK 1944, just after his father was killed in the war.
–    Brought up in South Africa
–    Back UK, Eton College
–    Failed A Levels
–    Joined Royal Scots Greys (Tanks). Cold War
–    Joined SAS 1965/1966. Youngest Captain in the British Army
–    Fought Marxist Terrorists1968-1970 and received the Sultans Bravery Medal from  HM the Queen
–    1984-1990 Vice President of PR and Adviser for Western Europe to Chairman of Occidental Petroleum Corp.
–    Married childhood sweetheart in 1970 and together they launched a series of record breaking expeditions that kept them ahead of their international rivals for three decades. Some of these huge challenges include:

‘This 3 year, 52 000 mile odyssey took intricate planning, 1900 sponsors, a 52 person team to handle, complex communications, meticulous planning and iron determination mixed with flexibility. The circumnavigation has never been successfully repeated.
Led the first hovercraft expedition up the longest river in the world (the Nile) in 1968/1969.
Achieved world record for unsupported northerly polar travel in 1990.
Led the team that discovered the lost city of Ubar on the Yemeni border in 1992 (after seven previous search expeditions over a 26 year period).
Achieved world first in 1992/1993 by completing the first unsupported crossing of the Antarctic Continent (with Mike Stroud). This was the longest unsupported polar journey in history.

In 2010 Sir Ranulph Fiennes was named as the UK’s top celebrity online fundraiser by Just Giving, the UK’s most popular online fundraising platform. Having raised more than £2.5 million online for Marie Curie Cancer Care over between Jan 2009 and Dec 2010.
He was involved in the planning of The Coldest Journey in 2012 and in 2013 over £1.8m was raised for Seeing is Believing.  Another £1 million was raised for Marie Curie through successfully finishing the Marathon des Sables (2015)
Explorers Club of New York – Keynote Speaker for their Annual Awards Dinner 2017

–    “Absolutely fabulous and inspiring…could have listened to him all day. Thank you for giving me the opportunity to listen to such a legend”
–    “That was an amazing experience to listen to an Author and later to have possibility to buy Sir Ranulph’s book signed by himself! Such a strong personality; tremendous sense of humour!”
–    “Exceeded expectations – superb speaker – funny, humble and inspiring.”    “I was enthralled by this presentation, particularly the speaker’s sheer resilience and no-nonsense approach to creating and building his team in pursuit of the apparent impossible. He presented in an engaging way greatly facilitated by his common sense approach and humour”
–    “I could have listened to Sir Ranulph all day – he was the most interesting speaker I have ever had the fortune to listen to. Self-deprecating, humorous but highly inspirational, a really good end to the day”
–    “Amazing – would recommend everyone in the NHS to listen to him speak – problems and challenges in our industry – we don’t know what problems and challenges are!!! Truly inspiring”.
East Midlands Chamber Annual Dinner March 2016
–   “Ranulph was fantastic and the audience were engrossed with his speech the entire time, he was inspiring, witty and really engaging and we had great feedback from our guests on the evening. He really has set the standards for next year’s event”

Hiscox Insurance February 2016
–    “I cannot recommend Ran Fiennes highly enough to anyone looking for a speaker. Not only is his subject matter interesting and entertaining, but his delivery is fabulous. And he is, of course, a delight to work with.  Ran spoke for 50 minutes, plus Q&A, and was a great hit with the audience.  And he spent time afterwards signing lots and lots of books – before his long drive home”

Martin Currie Investment Management Team – January 2016
–    “I wanted to write to thank you on behalf of my colleagues and I, for speaking at our All Staff Conference in Edinburgh on 27 January.  Your presentation was incredibly thought provoking and the Q & A session fascinating and engaging”
–    “What can we make of a man who claims to have little or no academic ability and yet is an orator of supreme ability, a clear and engaging writer and who is able to organise the mind boggling logistics required to complete long, complex and dangerous expeditions?  What can we learn from a man whose success lies upon his own physical and mental strength and yet works with a team upon whom we must also rely?”

City Wire – March 2015
–   “Sir Ran was an absolute hit with our audience and staff alike, and we would be excited to have him speak at another evening”