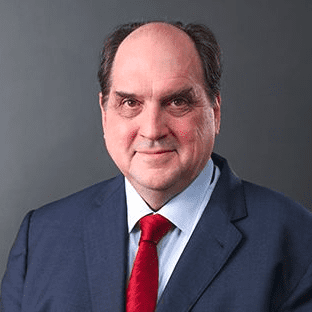 Its attack on the Epoch Times is in line with Beijing’s propaganda demonizing Falun Gong.

Stephen Gregory is the publisher of the U.S. editions of The Epoch Times and also serves as the paper’s bureau chief in Washington, D.C. Gregory helped found the English-language edition of The Epoch Times in 2004 (The Epoch Media Group now publishes in 23 languages). Before making a career in journalism, Gregory had academic ambitions. At the University of Chicago he received a B.A. in political science with honors and then joined the Committee on Social Thought, an interdisciplinary Ph.D. program based on the study of the great books, where he concentrated in political philosophy. He taught great books-themed courses in the University’s College and extension. He also ran the operations of first the John M. Olin Center for Inquiry into the Theory and Practice of Democracy, which ran yearly lecture series and conferences and supported excellent students focusing on political philosophy, and then the Leo Strauss Center, whose mission is to publish the unpublished works of the philosopher Leo Strauss. Gregory finds his background in political philosophy is constantly helpful in understanding and reporting on today’s news.