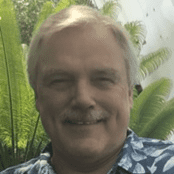 – Co-Founder of “Alliance International”: (Mr. Carr also Co-Founded “Alliance International” which was a Private Equity entity that invested in Natural Resources utilizing a proprietary technology that successfully discovered resources for a fraction of the normal cost and negative environmental impact on planet Earth of traditional previous methods.)

– Co-Author of “Celebrate Life” (1993): A book dealing with the foundational myths of overpopulation, lack of resources, & other inevitable environmental catastrophes.

Host of the daily radio show “Destiny”: The radio show aired in 38 markets from 1993 till the end of 1999, which focused on solutions to worldwide challenges.