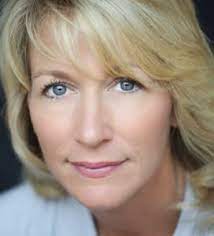 Suzanne grew up on a farm in Virginia. She is the mother of 4 grown children, former military wife, 22 years, of an Army officer, and an ER nurse. Suzanne became aware of the Islamic movement in this country and globally about 6 years ago. This led to involvement in several national security grassroots groups who educate the public regarding the Islamic threat. For the past 2 1/2 years she has been reading, researching and more recently speaking publically about the negative ramifications of the Refugee Resettlement Program which also is linked with the Islamic movement.

Suzanne is active on Facebook and has published several videos concerning Refugee Resettlement, the Islamic movement, initiated a boycott of Leftist companies and products called #operattionblackball and videos supporting Donald Trump. Council for American Islamic Relations incidentally shared one of Suzann’s Facebook videos on their webpage calling her an Islamaphobe and anti-immigrant, which interestingly enough is what she said they would do in the video.

More recently, Suzanne launched a new Facebook page called Northstar, which is for communicating a strategic direction to protect America’s freedom by encouraging action from the Movement that elected Trump. Its focus is at the local, state, and federal level and concentrates on Defunding the Left, Acquiring a Foreign Terrorist Organization designation for The Muslim Brotherhood from Trump’s new Secretary of State, and Halting the current Refugee Resettlement Program.
Suzanne writes for her own website, suzanneshattuck.com, Kevin Jackson’s (Fox News Contributor) website, The Blacksphere, Dr Rich Swier, Red Nation Rising, and Virginia Free Citizen Watch.