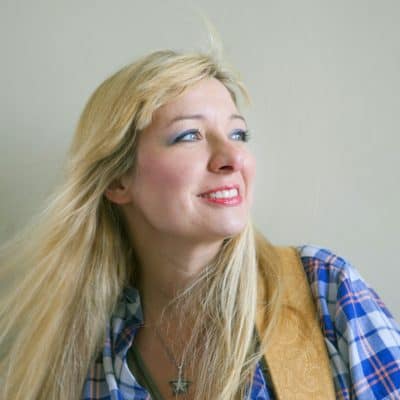 Tatiana Moroz is the premier female singer-songwriter in the bitcoin and activist community. Following the release of several independently produced LPs, EPs and singles, Tatiana’s next full length album is set to be released early 2017 having been completely funded with cryptocurrency. Her music brings a fresh take on the folk style of the revolutionary 60’s and 70’s, and is an original blend of alt country, pop, rock, and blues.

Tatiana is also the creator of TatianaCoin, the first ever artist cryptocurrency and Founder and CEO of Crypto Media Hub, a marketing and advertising agency for the Bitcoin industry. A driving force in the community, Tatiana runs “The Tatiana Moroz Show” podcast on the Let’s Talk Bitcoin network. On the show, Tatiana will share her journey, the way she came to crypto as an artist, and a bit about Ross Ulbricht and how his case influences her work speaking out against the drug war and in favor of prison reform. She will also discuss why artists should be engaged with crypto, how Tatiana Coin works, and then play a few of her songs.