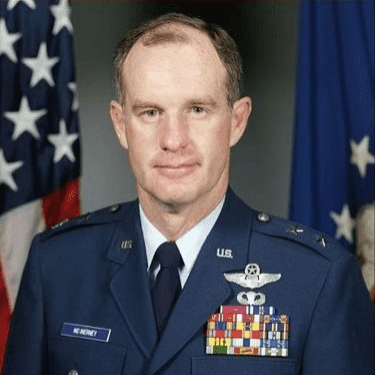 Thomas G. McInerney (born March 15, 1937) is a retired United States Air Force Lieutenant General. He is a command pilot with more than 4,100 flying hours, including 407 combat missions (243 in O-1s as a forward air controller and 164 in F-4C’s, D’s and E’s) during the Vietnam War. In addition to his Vietnam Service, the McInerney served overseas in NATO; Pacific Air Forces and as commander of 11th Air Force in Alaska. Currently, he is a Fox News contributor, and is a member of the Iran Policy Committee.