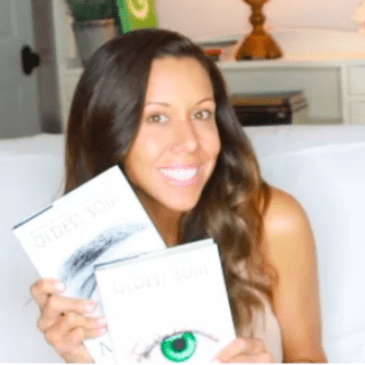 Tiffany Fitzhenry is the author of the Amazon #1 Bestselling trilogy The Oldest Soul, and public speaker.

Tiffany is a Hollywood whistleblower, prolific writer and independent producer. Her soon to be released documentary, LIVING THE DREAM, details her experience as a screenwriter who shot to prominence with multiple award-winning TV and feature projects, garnering the attention of the biggest producers and networks in Hollywood. The film reveals the raw and unfiltered truth behind the scandalous Hollywood headlines, reminds humanity of the critical importance of storytelling, and asks the question, ‘why does Hollywood even exist?’

Presently, she is working toward producing her latest spec pilot, PEACHES, a half hour TV series inspired by her life in the south, with fellow Georgian and Grammy award-winning multi-platinum artist Zac Brown. With a full slate of projects, Tiffany is expanding her independent publishing company, Hierarchy, into film and TV production with the goal of building a full-service movie studio in south Atlanta.