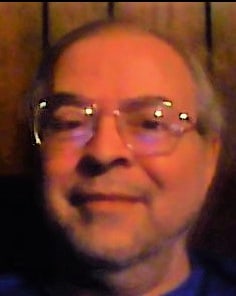 Began singing before I learned to talk, performing in churches and schools since age five, soloist, madrigals, barbershop, church and community choirs, including the Oakland Orpheus. (Sang Beethoven’s 9th and Maulers 5th with Phildelphia Symphony Orchestra while with the Iowa State Chorus. Directed three church choirs.
Iowa State University 3 yrs with Physics/Math major, minors Meteorology, Chemistry, Food Science
11 ½ years USNavy Hospital Corps as Med Lab Tech/ Blood Banker, and Field Medical Service (with Marines), discharged due to PTSD
B.S. in Food Science from University of Wyoming
Associates’ in Nursing from Gogebic Community College
2 credit short of Masters in Nursing, University of Phoenix
(I wrote a thesis on teaching the theory and practice of the Nursing Art of Presence in a Nursing Science program. I devoted over 1000 hours, and incorporated one hundred current references, mostly written by doctoral candidates and Doctoral Degree Nurses. It included pilot program at a Nursing Home level, and implementation in hospital settings. My plan was to implement this teaching plan for my doctoral degree…but failed to get my Masters.)

I have been married 35 years to Janet Lynn Brownell Parish, who I met at MCAS Iwakuni, Japan, while we were both serving in the Navy. (I was a 1st Class Hospitalman, she was an Aviation Storekeeper.)
We have three sons, one daughter, four grandsons, and one granddaughter; twin granddaughters due Dec 30th.

I have been studying climate issues, starting as a believer in global warming, moving through Climate Realism to a conviction that we are now 80 years into a cooling trend (with a 20 year pause labeled global warming) which is accelerating as we head into a Maunder Minimum level Grand Solar Minimum.