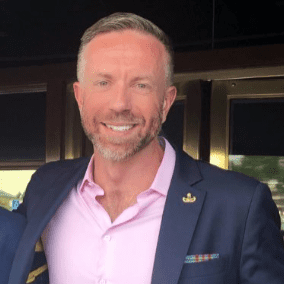 Mr. Tom Sauer is a former Special Operations Bomb Disposal Officer for the United States Navy, where he led a team whose mission, as part of a special operations task force, was to locate, identify, and neutralize terrorist nuclear weapons and other weapons of mass destruction. He worked directly with Los Alamos National Laboratory, multiple special operations organizations you’ve heard of (and some you haven’t heard of), several intelligence agencies, and the highest levels of the United States government.

He’s worked hand in hand with foreign counterparts from over a dozen militaries, to include conducting maritime security operations with the Republic of Singapore Navy, freefall parachute jumps with both Australia and New Zealand’s Special Air Services, counter-IED training with the Hong Kong Police Department, and diving operations with the Royal Malaysian Navy, just to name a few.

He’s debated generals from India’s National Security Guard in New Delhi over counter-IED tactics against the Maoist Naxalites, delivered de-mining equipment to the Nepalese Army in Kathmandu, and even swapped MBA application tips with South Korean SEALs over beers together in Seoul.

Tom holds degrees from the US Naval Academy, the UCLA Anderson School of Management, and the National University of Singapore Business School.

In 2017, Tom made the decision to depart government service and enter the second quarter of his life. Having been deeply affected by his father’s lifelong struggle with addiction and subsequent death from an overdose 20 years ago, Tom founded MacArthur Group, Inc. a behavioral healthcare and addiction treatment company focused on saving those affected by substance abuse and chemical dependence.