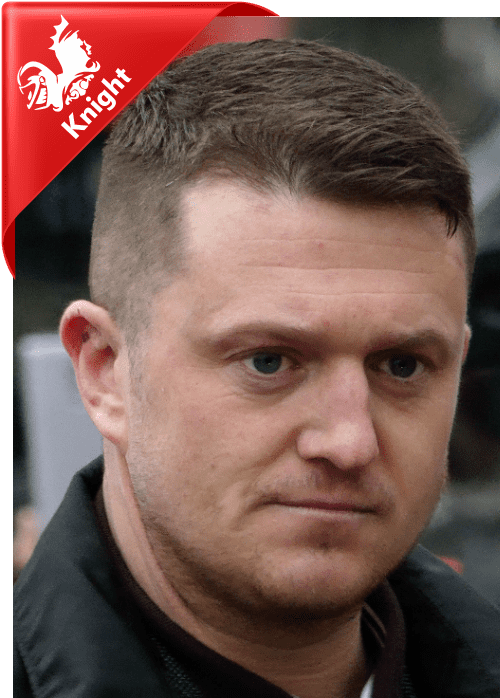 Tommy Robinson is one of the most recognizable names and faces in the ongoing struggle to maintain England for England.

In recent years, the Islamic infiltration into Europe, The UK and America leaves more and more people confused as to why the left has an ongoing love affair with welcoming and subsidizing immigration of sworn enemies into Western Countries; specifically people who are avowed to do us harm.

Tommy is facing a jail sentence handed down last week and recentlty took to social media with tremendous support asking President Donald Trump for political asylum in America. Tommy is simpy a man who does not want to give his country away in the name of political correctness, virtue signaliing and to imminent political and cultural doom. For his sentiment and ongoing pushback he has been attacked physically, socially, financially and has now his personal freedom and liberty have been stripped away by the British Courts.