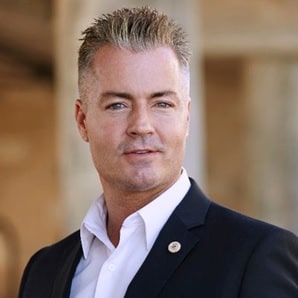 First elected to the State Assembly in November of 2012 to represent the 72nd Assembly District, which includes the cities of Huntington Beach, Seal Beach, Fountain Valley, Garden Grove, Westminster, Los Alamitos and the unincorporated communities of Sunset Beach, Midway City, and Rossmoor, as well as portions of Cypress, Stanton, Anaheim, and Santa Ana.

As a State Assemblyman, Travis Allen has fought for lower taxes, safer communities, better roads and better schools. He knows that if we work together California can once again be a place that is not only known for its great weather, but a state that has the best schools, safe neighborhoods, thriving small businesses, and communities where hard working families can afford to live.

For over 20 years, Travis Allen has operated his own small business as a Certified Financial Planner. Assemblyman Allen concentrated on investing and building secure retirements for working families, retirees, and local business owners. Despite the challenges that have come with the tough economy and volatile markets, his expertise and hard work have helped his clients reach their financial goals.

As a Financial Advisor, Assemblyman Allen saw the damage done to the portfolios of his hard working clients by government overregulation and bad policies. He has seen firsthand businesses that have been forced to relocate to other states – taking their jobs with them. Seeing this repeat itself too many times, Assemblyman Allen became politically active to help small businesses by fighting for job creating policies.

Additionally, Travis Allen has a lifelong history of giving back to his community. He has given his time and resources to many charitable and community causes, including helping the homeless of Orange County with the Orange County Rescue Mission. He is active in the Christian and Jewish communities and is a strong supporter of a number of pro-Israel charities.  Travis Allen is a long time resident of Huntington Beach, where he has lived and surfed for over 20 years and is well known by the local citizens and community leaders.